Businesses pay to join and participate in activities organized by the Chamber of Commerce.  As a non-profit business organization, the La Crosse Area Chamber of Commerce serves more than 775 member businesses that employ 25,000+ area professionals in the La Crosse metro area. We deliver educational programs, seminars, networking events, and opportunities for exposure, promotion and involvement. These are the components of our theme, connect.grow.advocate.
As a nonprofit, our vision and direction is determined by our member investors serving on our Board of Directors. At the core of our vision is the same question as when our founding businesses formed in 1868, “How can we as businesses help grow other businesses?” The answers determine our programs and services. Our member investors volunteer on our committees, which are supported by our staff. Together we connect.grow.advocate for our business in the La Crosse area.
Brief Timeline of Our Chamber
Profile: Chamber Founding Member, Leithold Music
Profile: Chamber Longtime Member, Wettsteins

In 1989, the La Crosse Area Chamber of Commerce’s only twice-serving chairman of the board passed away. Lyle Anderson was known throughout the community for his banking ties. He loved the Chamber. As a memorial, the family of Lyle Anderson including his wife Norma donated money to establish the Greater La Crosse Area Chamber of Commerce Foundation.

In 2015, the Anderson family’s dream of providing education to area businesses was realized when the Chamber purchased a new building at 601 7th Street North, La Crosse, WI, that included a room large enough to host up to 250 people.  It is with pride that we host events in the Lyle & Norma Anderson Education Center. 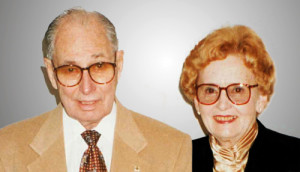 The page you requested could not be found. Try refining your search, or use the navigation above to locate the post.

The year sees the arrival of the first:

Three years later, Dr. Bunnell would his Mt. Vernon and Division street land to Peter Cameron, moving with only his wife back to New York.

Nathan Myrick built a small home, traveled home to Westport, NY to marry and bring home Miss Rebecca E. Ismon, and three small steamers begin traveling to La Crosse regularly.
[/et_pb_vertical_timeline_item][et_pb_vertical_timeline_item title=”Post Office” timeline_label=”1848″ use_read_more=”off” animation=”off” _builder_version=”3.12.2″]The first post office is created, with H.J.B. Miller serving as postmaster. Letters would arrive at his store, but he still ran his business so stored the letters in his hat, requiring people to find “Scoots”. Miller resigning in 1848 to run his businesses. H.E. Hubbard was appointed in his place.

The Mormons re-arrived (after leaving a few years earlier because their lifestyle did not suit the pioneers), settling in Mormon Cooley (as it was spelled back then). They left a few years later due to the leader finding the weather too cold.

The native Irishman Hon. Timothy Burns visited in 1847. Per The History of La Crosse County (1881) In 1850, he removed to La Crosse, which he foresaw was destined to become one of the leading cities of the State, investing largely in land. At one time, he owned one-quarter of the original town site. Read about his short but illustrious career.

[/et_pb_vertical_timeline_item][et_pb_vertical_timeline_item title=”CC Washburn Arrive in La Crosse” timeline_label=”1861″ use_read_more=”on” read_more_text=”Learn More about C.C. Washburn” read_more_url=”https://www.lacrossechamber.com/c-c-washburn-profile/” font_icon=”%%171%%” animation=”off” _builder_version=”3.12.2″]Cadwallader C. “C.C.” Washburn is arguably one of the most famous businessmen in La Crosse ever. As founder of Gold Medal Flour, former Wisconsin Governor, mill owner, Civil War major general and congressman, he is credited with making the Twin Cities what is it now. His impact reached libraries, schools, neighborhoods, orphanages, observatories and Edgewood College and High School.
[/et_pb_vertical_timeline_item][et_pb_vertical_timeline_item title=”Board of Trade Formed” timeline_label=”1868″ use_read_more=”on” read_more_text=”See Our First Reports” read_more_url=”http://digitalcollections.uwlax.edu/jsp/RcWebBrowse.jsp;jsessionid=3A68EC94808D6F94C8E2B776A22128B8?browse_cid=bb620107-9ea7-44fd-87b4-6b571fc743d3&browse_start=0″ font_icon=”%%171%%” animation=”off” _builder_version=”3.0.105″]When the City of La Crosse had only about 5,800 residents, the few business owners formed a Board of Trade . Their goal was to create a thriving environment for businesses. This goal remains true for the organization today.