Representatives of Coulee Region businesses, manufacturers, farm groups and credit unions painted a vivid picture for U.S. Rep. Ron Kind of the chaos confronting them — in part because of the trade war President Donald Trump launched with tariffs on steel and aluminum.

“Industries and businesses that Wisconsin is proud of, like our world-class dairy, pork and manufacturing, are facing damage to their bottom lines because of the president’s bad trade policies and self-inflicted mistakes,” the La Crosse Democrat said after a round table attended by nearly 20 stakeholders Thursday at the La Crosse Area Chamber of Commerce.

“Everything we put out of our plant is 100 percent aluminum,” said Dan Markussen, business development manager at Chart Energy, a La Crosse company that manufactures industrial heat exchangers.

Chart’s main competitors are in Germany, France and Japan, which are unaffected by the tariffs, Markussen said.

Chart has not been able to find domestic sources for aluminum, especially of the quality for “one of our major parts that is specialized and makes our product unique,” he said.

‘Killer of a first quarter’

Although Mid-City Steel in La Crosse has been able lately to pass on some of the costs of the 15 to 20 percent steel increases to customers, “we had a killer of a first quarter of the year,” including a $10 million contract for which it could not do so, said Paul Bagniefski, Mid-City’s president and chief operating officer.

“In the immediate short term, with the economy doing well,” tensions have eased, but concerns remain about cost increases related either to tariffs, the market in general, or both, Bagniefski said.

Last week, China threatened to raise another $60 billion of tariffs a year on American products, after Trump ordered the administration to consider increasing tariffs on Chinese imports to 25 percent.

“There is no question that China is cheating,” he said.

However, instead of just slapping on tariffs, the president should seize “the great opportunity to show leadership and form an international commission to stand up to China,” Kind said.

Trade treaties with other countries would show respect for the rule of law instead of unilateral action, he said.

The tariffs have raised the price of cans, which hurts companies that sell canned vegetables, fruits and other products, said Nick George, president of the Midwest Food Products Association in Madison.

“Seventy percent of all processed foods and beans come out of the Midwest. This is a big deal,” George said.

“Steel tariffs raised the price of cans 2 cents a can,” he said. “That jeopardizes a lot of contracts. We have folks who lost contracts with Europe. A lot of foreign companies swoop in with finished products where the tariff wasn’t applied.”

While Trane in La Crosse has dodged a bullet so far, as its competitors struggle with the same steel price increases (averaging around 5 percent), that could change easily, said Sam Van Riper, Trane’s pricing director.

“If China becomes a major player, that changes the ballgame,” said Van Riper, who acknowledged that market uncertainty wreaks havoc with bidding jobs a year out.

“When you get blindsided (with cost increases) on jobs you are bidding now, that’s where you get hit,” he said.

Several participants acknowledged the difficulty of leveling the playing field internationally, with Inland owner and CEO Mark Glendenning saying, “I’m on record that we’ve been taking it on the chin,” especially from China.

“It’s about time we take a stand because we’ve laid down too long,” Glendenning said.

Kind agreed, although he noted that pulling out of the Trans-Pacific Partnership, as Trump did within days after his inauguration, didn’t help matters. The TPP had been a broad trade agreement among 12 countries, including Japan, Vietnam and Australia.

Reduced to 11 countries since the U.S. withdrawal, the TPP was intended to lower tariffs in the region to counteract Chinese clout there.

“We’ve got to get back in that tent,” Kind said, adding that the United States must develop trade agreements. “The rest of the world is moving ahead of us,” especially the European Union, Mexico and Canada.

600 dairy farms could fold this year

Darin Von Ruden, a third-generation Westby dairy farmer who is president of the Wisconsin Farmers Union, lamented continuing low milk prices, which began before tariffs were introduced but are dropping because of retaliatory measures from other countries.

Von Ruden voiced concern over products and materials farmers need for their operations, specifically citing a community-backed agriculture enterprise where the owner ordered a greenhouse at the beginning of the year.

By the time the greenhouse was delivered recently, the manufacturer charged an extra $750 because of rising costs at that level, he said.

Von Ruden and others were skeptical about the $12 billion Trump promised to help farmers suffering setbacks because of the tariffs, in part because it sends a bad signal and partly because such bailouts from self-inflicted wounds are not sustainable.

Kind told of a pork producer who came into his office and said, “I want to be able to sell my pork — I don’t want to get pork from Washington.”

A credit union official raised the specter of a national recession as farmers are forced to move from survival plans to exit plans because they can’t get credit.

Some grain farmers who planned to build bins to store grain until prices improve but had to cancel the orders when tariffs increased steel prices, in turn jacking up prices for the bins, he said.

“If this doesn’t change, farmers won’t be buying pickups and bins” and other supplies, wreaking havoc in small towns that depend on farmers and farm-related businesses, he said.

“I hear talk of recession,” he said.

Inland’s Glendenning said, “As the United States of America, we should all band together. It really frustrates me, all this Democrat versus Republican. It’s all about getting elected — that’s just crap.

“I’m tired of seeing America get punched in the gut and then taking it on the chin,” he said.

Trane’s Von Riper recalled the days after the terror attacks on Sept. 11, 2001, when political concerns fell by the wayside as Americans spoke and acted in solidarity against a common threat. 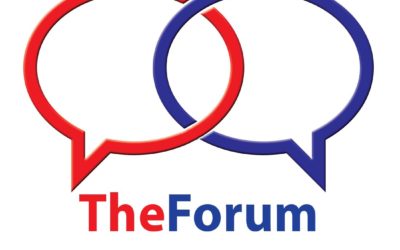 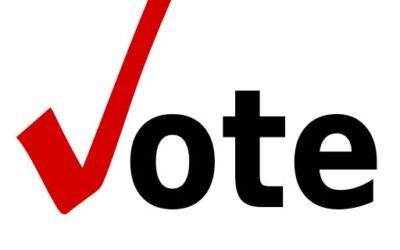 Wisconsin Legislature Plans to Meet on Tuesday to Address COVID-19 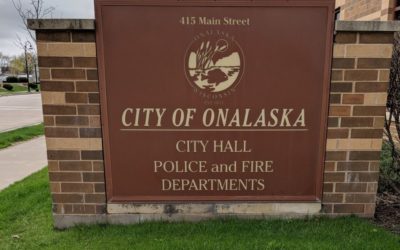 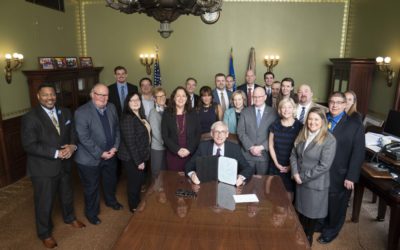