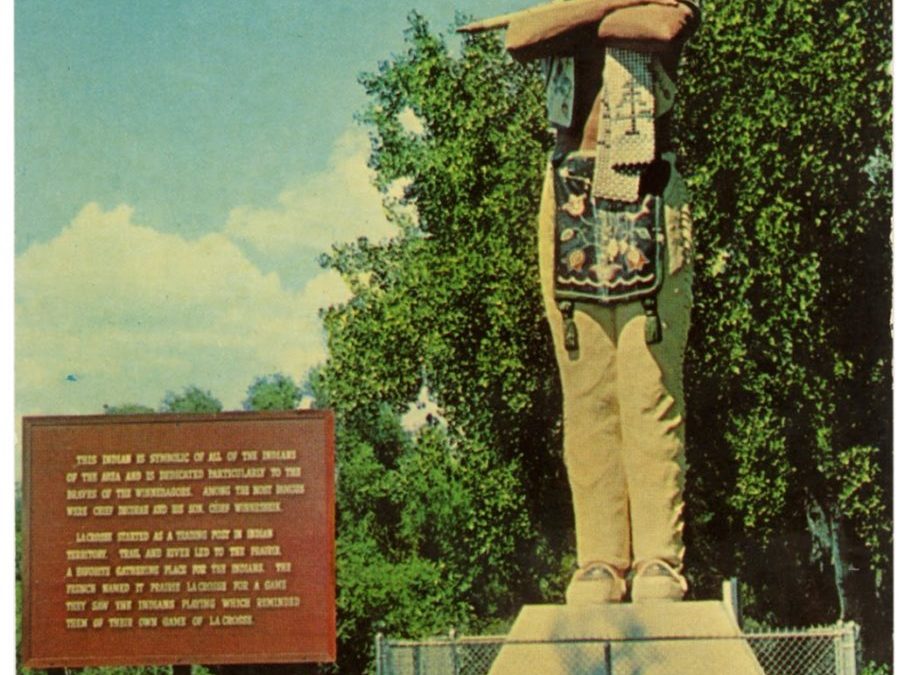 Controversy over Riverside’s Hiawatha statue is again at the forefront of discussion following a contentious debate at the city’s Human Rights Commission Wednesday. A debate over whether to remove the statue over racial insensitivity happened in the early 2000’s and again in 2013. Thursday morning, the topic was revisited at the arts board meeting.

Those who want to keep the statue cited its historical value. Hiawatha was designed and built by La Crosse art teacher Anthony Zimmerhakl and has stood in Riverside park for over 50 years. According to comments made at Thursday morning’s meeting, the statue also contains a time capsule placed in the chest of the by Zimmerhakl.

Council Member Gary Padesky is in favor of keeping the statue. He says that Zimmerhakl was part Native American and shared a strong bond with that culture.

“That down there was something he did with his kid and it was a loving tribute not only to his nationality, but it was a tribute the Native Americans in the La Crosse area,” Padesky said.

Despite the artist’s good intent, members of the Ho-Chunk nation are saying that it has become a small part of a large image representation problem with real world consequences.

“I don’t know how people can ignore that,” Green said. “…just jump over that fact that this is possibly fatal to your children and go right over that and say no, let’s talk about honor [or] let’s be demagogic and talk about the artist.”

Padesky argues that this could be a slippery slope and lead to removal of any piece of art someone does not like.

“A lot of people find a lot of things offensive, so where do we start with it and where do we end with it?” Padesky said.

Padesky’s suggestion is to take it to referendum.

“I would be willing to bet if we went to referendum with the City of La Crosse, that the statue would stay up,” Padesky said. “Rather than just the city council deciding, let’s let the people decide.”

According to the US Census Bureau, La Crosse has a population that is 92% white and only 0.5% Native American. Green said a referendum decision would not be in the hands of whom the decision would affect most.

“Might doesn’t make right,” Green said. “You [should] do what’s best for everyone, and if that means compromise then that’s what democracy is.”

The arts board meeting served only as a discussion, no action have been taken. The La Crosse Chamber of Commerce – one of the statue’s originators – offered to work with the Ho-Chunk nation to find a solution that could possibly please both sides.

This site uses Akismet to reduce spam. Learn how your comment data is processed.

Platinum Sponsors of the Chamber

When we have public opportunities to connect-grow-advocate, we'll email.

You have Successfully Subscribed!

Remember, some opportunities are only for members.